All that the Father gives to me will come to me, and whoever comes to me I will never cast out.

No one can come to me unless the Father who sent me draws him. And I will raise him up on the last day.

And he said, “This is why I told you that no one can come to me unless it is granted him by the Father.”

In the last post we concluded by giving the proper interpretation of John 6:37. We will soon turn to consider John 6:44 and its parallel verse 6:65. But before we do we should tie up a few loose ends. Whenever we have a paradigm shift in how we view different aspects of God’s word, many new questions begin to present themselves to our thinking. The questions I would like to address here are, “What about those Israelites who were not faithful to God? Did Jesus come to save them? Is there any hope for them? Does John 6:37 only apply to men like Nathanael, or also to men like Zacchaeus, the corrupt tax collector?”

The beginning of the gospel of Jesus Christ, the Son of God. As it is written in Isaiah the prophet, “Behold, I send my messenger before your face, who will prepare your way, the voice of one crying in the wilderness: ‘Prepare the way of the Lord, make his paths straight,’” John appeared, baptizing in the wilderness and proclaiming a baptism of repentance for the forgiveness of sins. And all the country of Judea and all Jerusalem were going out to him and were being baptized by him in the river Jordan, confessing their sins. 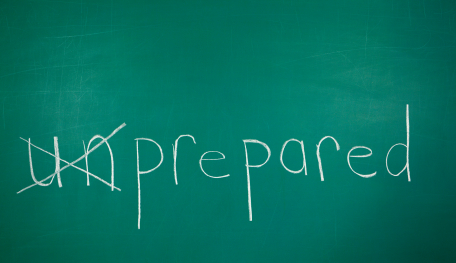 God was sending the King to Israel to gather his faithful flock. But the king was not just coming for those who were already serving God, but for any who would receive him and his Father. So God sent John the Baptist as a messenger to prepare the hearts of the people for the coming of the Savior and the Judge. Like many of the prophets before him, he warned them that being a descendant of Abraham was not enough to be right with God. They needed to repent of their rebellion and submit to God. He added that those that repented would soon be baptized with the Holy Spirit, and those who wouldn’t repent would soon receive a baptism of fiery judgment (Matt. 3:7-10).

“What do you think? A man had two sons. And he went to the first and said, ‘Son, go and work in the vineyard today.’ And he answered, ‘I will not,’ but afterward we changed his mind and went. And he went to the other son and said the same. And he answered, ‘I go, sir,’ but did not go. Which of the two did the will of his father?” They said, “The first.” Jesus said to them, “Truly, I say to you, the tax collectors and the prostitutes go into the kingdom of God before you. For John came to you in the way of righteousness, and you did not believe him, but the tax collectors and the prostitutes believed him. And even when you saw it, you did not afterward change your minds and believe him.

Therefore it says, “God opposes the proud, but gives grace to the humble.” Submit yourselves therefore to God. Resist the devil, and he will flee from you. Draw near to God, and he will draw near to you. Cleanse your hands, you sinners, and purify your hearts, you double-minded. Be wretched and mourn and weep. Let your laughter be turned to mourning and your joy to gloom. Humble yourselves before the Lord, and he will exalt you.

Jesus told this parable to show the religious leaders just how wicked they were. Not only do the faithful of Israel, people like Simeon and Nathanael, enter while the religious leaders remain outside. But even many sinners could recognize the truth of John’s words. So they obeyed the command to repent. Jesus was telling them that they were not just unrighteous, but they were the most unrighteous people in Israel. Their outward piety and self-righteousness had deceived them. The prostitutes could acknowledge their sin, but the Pharisees and Sadducees were blind to their sin because they refused to humble themselves and purify their hearts.

Once again we note that the Pharisees were not told, “You cannot possibly repent because you are spiritually dead,” but that they were spiritually dead and under God’s just judgment because they would not repent. Jesus made it clear that they themselves were responsible for their lack of repentance, not some secret decree of God that left them helpless and hopelessly lost. They could have chosen to repent like many of the other “sinners” in Israel had chosen to do, but instead “they rejected God’s plan for them” (Luke 7:30). They refused to abandon their pride, and so remained under the dominion of the devil.

And when all the people, including tax collectors, heard this, they acknowledged God’s way of righteousness, because they had been baptized with John’s baptism. But since the Pharisees and experts in the law had not been baptized by him, they rejected the plan of God for themselves.

The next day he saw Jesus coming toward him, and said, “Behold, the Lamb of God, who takes away the sin of the world! This is he of whom I said, ‘After me comes a man who ranks before me, because he was before me.’ I myself did not know him, but for this purpose I came baptizing with water, that he might be revealed to Israel.”

Once again we see that the religious leaders were unwilling to acknowledge the righteousness of God and confess their sin. They “rejected” the offer God had given them to get right with God before the judgment came. God’s “plan” was to prepare Israel for the coming of Messiah. He sent John to give those who had been living in sin a chance to get right before the Lord showed up at his temple. This was his covenant faithfulness in action. John came so that Israel would be ready for the “revealing” of Jesus.

Now after John was arrested, Jesus came into Galilee, proclaiming the gospel of the God, and saying, “The time is fulfilled, and the kingdom of God is at hand; repent and believe in the gospel.”

“The Spirit of the Lord is upon me, because he has anointed me to proclaim good news to the poor. He has sent me to proclaim liberty to the captives and recovering of sight to the blind, to set at liberty those who are oppressed, to proclaim the year of the Lord’s favor.” And he rolled up the scroll and gave it back to the attendant and sat down. And the eyes of all in the synagogue were fixed on him. And he began to say to them, “Today this scripture has been fulfilled in your hearing.”

Repent therefore, and turn back that your sins may be blotted out…. God, having raised up his servant, sent him to you first, to bless you by turning every one of you from your wickedness.

God exalted him at his right hand as Leader and Savior, to give repentance to Israel and forgiveness of sins.

After Jesus came on the scene, and even after his resurrection (Acts 3 and 5), there was still hope for those who were living in rebellion. Jesus came to gather the followers of the Father, but also to search out the lost sheep of Israel. He came to turn all of the Jews from their wickedness. He counted the 99 sheep as already belonging to him because they belonged to the Father, but he was not satisfied with that. He wanted to search out those who were lost in their sins and proclaim the forgiveness of the Father. In fact, he says that there is “more joy in heaven over one sinner who repents than over ninety-nine righteous persons who need no repentance” (Luke 15:7).

But didn’t Jesus say in Luke 5:32 that he didn’t come to call the righteous, but sinners to repentance? In the context we see that this statement was meant as a rebuke to the Pharisees who were complaining that Jesus was eating with the tax collector Matthew and all his sinful friends (Luke 5:27-32). Jesus obviously wasn’t saying righteous men like Nathanael and Zechariah couldn’t become followers of Jesus (John 1:47, Luke 1:5-6). Instead Jesus was saying that he was not willing to have self-righteous people among his disciples. He would rather have repentant and humble tax collectors than religious men “who trusted in themselves that they were righteous, and treated others with contempt” (Luke 18:9-14).

And they went out and preached everywhere, while the Lord worked with them and confirmed the message by accompanying signs.

So before the coming of Christ the Father sent John the Baptist to prepare the way by preaching repentance to Israel. When Jesus came the Father led all those who were his followers to Jesus, and since they were faithful followers of the Father they without fail accepted the Son. Some of these men had been devout Jews for a long time; others had only recently repented under John the Baptist’s ministry. Either way, as followers of the Father they heard the voice of their God in the voice of Jesus of Nazareth.

Jesus ministry was in many ways like John the Baptist’s. He also preached repentance to Israel. And many responded to the message of Christ and became followers of both him and his Father. This ministry did not end after his resurrection. He continued to call on Israel to repent through his apostles and other disciples (Acts 3:26, 5:31).

And I, when I am lifted up from the earth, will draw all people to myself.

When they heard these things they fell silent. And they glorified God, saying, “Then to the Gentiles also God has granted repentance that leads to life.”

In John 12:20-26 Some Greeks desire to meet with Jesus. Jesus then says that he is going to give his life like a grain of wheat so that many people can be saved. In John 12:32 he makes a revolutionary statement. He says that after his crucifixion he is not only going to be drawing Jews to repentance, but people from all nations. In Mark 6:12 we are told that when Jesus sent his disciples out to preach they “went out and proclaimed that people should repent.” Matthew 10:5-6 gives us more details about the instructions he gave them before their evangelistic journey. He told them, “Go nowhere among the Gentiles… but go rather to the lost sheep of the house of Israel.” This all changed after his resurrection. In Matthew 28:19 he commands, “God therefore and make disciples of all nations…”

This revolutionary concept, namely that the Gentiles could also have salvation in the Jewish Messiah on the condition of repentance, took some time to catch on among the disciples of Christ. After Cornelius family came to faith they finally confessed, “Then to the Gentiles also God has granted repentance that leads to life” (Acts 11:18). So we see that God had planned to prepare both Jews and Gentiles for faith in Christ through the preaching of repentance (Acts 3:36, 5:31 and 11:18). Jesus is still seeking after the lost, in every nation. The nations were without hope and without God in the world, “but now he commands all people everywhere to repent” through the proclamation of the Gospel (Acts 17:30).