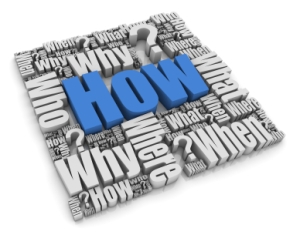 Question: How does one become a member of Christ’s predestined people?

Answer: By believing in the Gospel of Jesus Christ

When we talk about individuals being part of God’s Old Testament chosen people, Israel, because of their relationship with Abraham, it is not hard for us to understand the nature of that relationship. They were related to him because they had his blood running through their veins. But when we discuss the nature of the relationship between Christ and his Church we are not talking about physical ancestry. God’s New Testament chosen people are not determined by their race, but by their faith.

“And you also were included in Christ when you heard the message of truth, the gospel of your salvation. When you believed, you were marked in him with a seal, the promised Holy Spirit, who is a deposit guaranteeing our inheritance until the redemption of those who are God’s possession- to the praise of his glory.” (Eph. 1:13-14- NIV)

“For if we are faithful to the end, trusting God just as firmly as when we first believed, we will share in all that belongs to Jesus Christ.” (Heb. 3:14- NLT)

“Yet to all who did receive him, to those who believed in his name, he gave the right to become children of God– children born no of natural descent, or of human decision or a husband’s will, but born of God.” (John 1:12-13- NIV)

In Old Testament times, to be considered a full-fledged member of Israel, and share in the blessings promised to Abraham’s people, you would need to have at least one Jewish parent. In those days one was born a member of God’s chosen people. But in the New Testament era we become members of God’s elect people through faith. We are “included in Christ” when we hear and believe the Gospel. We are connected to Christ, and share in his chosen status, through faith. We can be confident that we are part of God’s chosen people because we believe in Jesus. We were chosen through Christ; and we are in him through faith! We are saved by the grace of God that is found in Jesus Christ. We receive the grace that is in God’s Son through faith.

Peter, quoting from the Old Testament writes, “Behold, I am laying in Zion a stone, a cornerstone chosen and precious, and whoever believes in him will not be put to shame” (1 Pet. 2:6). And Paul confirms this in Galatians 3:8 when he writes, “And the scripture foreseeing that God would justify the Gentiles by faith, preached the Gospel beforehand to Abraham, saying, ‘In you shall all the nations be blessed.’”

Long before Christ came to earth God revealed his plan to choose a people related to one another by their faith. Though God did not predestine which individuals would be members of Christ’s Body, he did determine beforehand how someone would become a member of that holy people.

One of the most regretful errors of Calvinism is the doctrine of unconditional election. This doctrine teaches that before the world began God predetermined which individuals he would grant eternal life, and which he would leave to die in their sins. According to this perspective God did not chose individuals because of their connection with Christ through faith, but merely because that is what he decided from the foundation of the world. It states that God chose men without any discernable condition, but only because it was his divine right to choose who lived and died. This contradicts the testimony of the New Testament that makes faith in Christ the condition for connection to Christ, his people, and the eternal inheritance prepared for his children. God’s election of individuals is not based on people’s good works, but it is based upon their acceptance of his Son by faith. Sovereign election is based on a clear condition, not on a hidden and mysterious plan of God.

3 thoughts on “Five Questions About Predestination – #3 How?”